BWC Recommends is a segment asking our members to talk about their favourite literary meals. Those paragraphs that are so rich they take a while to digest, that packet of word crisps you put in the cupboard but keep going back for until the whole thing is empty, that comforting poetry soup you heat up when you’re not feeling well. What is it about these novels, plays or poems that makes them so delicious? 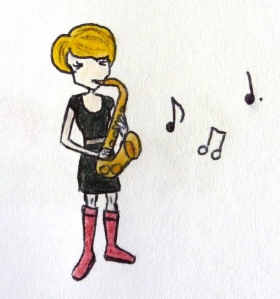 This time, for something completely different, I will be interviewing myself. For a little introduction, my name’s Sarah Wiecek, I come from the land of Vegemite but am currently living in the land of chocolate. Apart from keeping the BWC blog tottering along, I write short stories and will be starting my first novel very soon.

What are your five favourite books (or poems or plays)?

Choosing one book (or poem or play) from the list above, tell us what you found tastiest about it.

I’m always harping on about Gormenghast, so I think I’ll turn a different direction today and talk about If On A Winter’s Night a Traveller.

For me, Calvino is one of those rare successful writers who manages to inspire rather than intimidate. This isn’t to say that his writing doesn’t knock you down like bowling pins, but somehow even his best stuff always fills me with the urge to write more myself, rather than burn everything I’ve ever done. It just fills me with this incredible sense of openness, of possibility, a feeling that you can – and should – write about whatever the hell you want. Here’s a guy who wrote about people called ‘Qfwfq’ and ‘Xlthlx’ harvesting milk from the moon back in the day when it used to be so close to Earth you could climb up onto it with a ladder, for crying out loud.

Apparently some people absolutely loathe If On a Winter’s Night a Traveller, and it’s true it takes some rather bizarre turns, becoming more and more abstruse as it goes on. But for me, the first two chapters alone are reason enough to fall in love with it. They tickled me more than I’ve been tickled since I was a kid.

And what’s tastiest about those chapters? Why are they so delightful? Because Calvino doesn’t only write about whatever the hell he wants, he also writes about them in the way he wants. Which means: This would be practically impossible to film. I can’t see this as a movie. This could ONLY be written. And that’s something I always try to remember: when you’re writing, really take advantage of the fact that you’re writing, not describing everything in such a way that you can practically see the cameraman. When you’re writing, you can do things that they can’t do in the movies, you can do things that are only possible in the upper-most somersaulting realms of your imagination.

Of course I don’t mind when books turn into movies. It’s just that the stories that usually make the biggest impact on me are the ones that are delightfully impossible.

Who is your favourite writer? Why do you like him/her?

Mervyn Peake. Because he wrote an entire trilogy that is delightfully impossible.

Eddie Murphy once said, “Anything you have to acquire a taste for was not meant to be eaten.” Have you ever forced yourself to read something because you were told it was ‘good for you’? If yes, what did you learn from this experience? If no, tell us about a book that you hated.

I’d always heard this Hemingway name tossed about, so eventually I figured it was time for us to get acquainted. Unfortunately, at our first meeting in a London café, I quickly came to the conclusion that we had nothing in common. He spilled his drink on me and could only say, ‘I spilled my drink’, with no indication of how this might have affected the spillee. Generally I am quite patient with ‘the classics’, but I could only stand three chapters of The Sun Also Rises before I pronounced my literary relationship with the big H dead. After that I traipsed home to seek comfort from my old pal P.G. Wodehouse. Jeeves cleaned my dress and asked if there was anything else he could do to make me feel better.

The members of the Brussels Writers’ Circle are a varied bunch. Prose writers, poets, playwrights, memoirists, screenwriters and bringers of silly bits and pieces, we sweep in from all different occupations and locations every week to share our scrawlings with one another.

In ‘Meet the Circle’, we introduce you to some of our members, hopefully providing an insight into who we are, what we do, and what we think about Greco-Roman wrestling. Well, maybe not that last bit.

This week we will hear from Irish born-and-bred-but-now-Brussels-based Simon Boylan. 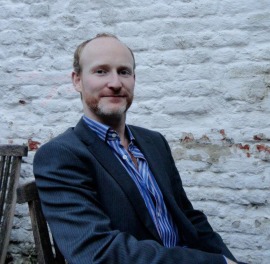 When did you join the group?
I’ve been in Brussels since 2010 but I only joined the group last summer. I decided it was time to start taking my writing more seriously.

What were your first impressions of the group?
I found it very welcoming. I must admit I was very nervous the first time I read out but the feedback was extremely encouraging. Any criticism I have received has been very constructive and helpful.

What are you currently working on?
I’m currently bashing away at the second draft of my first novel, The Hard Road. It’s a crime/mystery novel set in Ireland.

Who are your biggest literary influences? How have they influenced you?
I was an obsessive Fantasy reader as a kid. Tolkien, Feist and the like. I think I may be one of the few people to have read The Silmarillion at age thirteen and loved it.

Once I left school I started reading anything and everything. Novels that have stood out for me are 1984 by Orwell, Norwegian Wood by Murakami, The Grapes of Wrath by Steinbeck, At Swim Two Birds by Flann O’Brien, The Catcher in the Rye by JD Salinger and I could go on but this is supposed to be a short interview…

… Okay one more thing. The author that has had the biggest influence on me in recent years is David Mitchell. Anyone who has read Cloud Atlas will be familiar with his beautiful use of language and ability to give a unique and convincing voice to a wide range of characters but for me his best work is Black Swan Green, a truly mesmerising bildungsroman about a teenager with a stutter. It’s magical.

Do you have a memorable moment from the BWC that you could share?
I think my favourite moments are probably not printable! There was a moment when I knew that my Irishness was starting to rub off on some of you when I heard Julien using the word “shite” in the group. Not to describe someone’s work of course. That wouldn’t be very constructive.

What do you get out of the group?
It has definitely made me a better writer. Receiving regular feedback on your work helps you to realise what works and what doesn’t, what your strengths are, what you need to pay attention to, etc. I have made some really good friends through the experience as well.